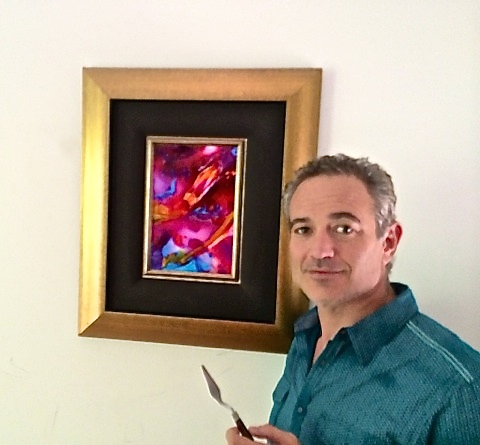 His artistic work was discovered in 2012, and after a year of refusal, he was finally persuaded by art professionals to release it to the general public. In doing so, he overcame an intensely personal and private relationship with his art. Following numerous international awards, his works have found recognition among those within seasoned art communities. 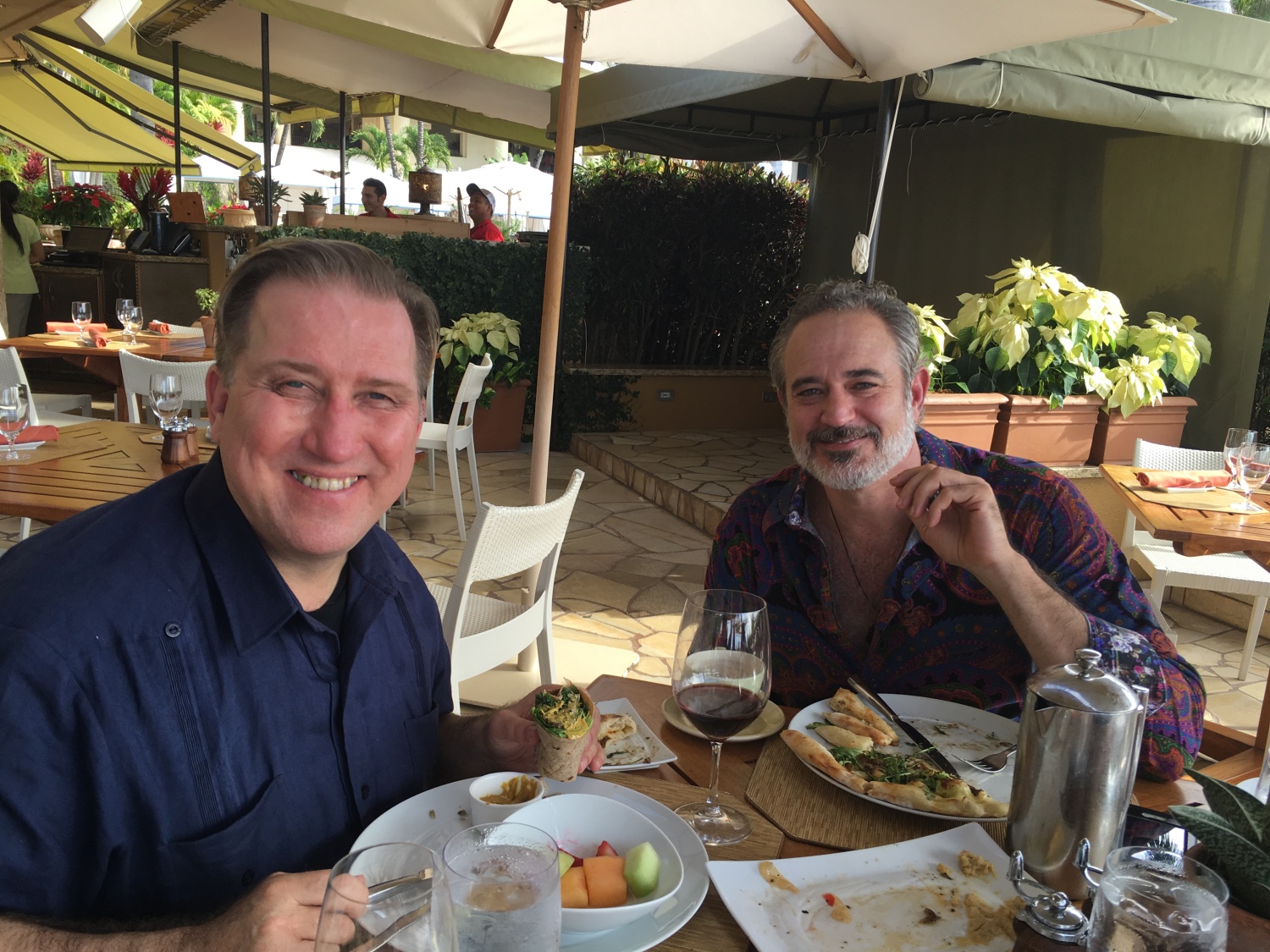 Demian’s childhood was spent in the rural and raw beauty of Maui. He experimented with a variety of artistic methods for many years, attending alternative schools that emphasized artistic development until his teens. He was deeply influenced by the pure, vivid ocean, lush mountains and harsh black lava rock found in his island home. This formed the foundation for his love of vibrance, movement, and bold, ambiguous forms that are portrayed in his abstract works. 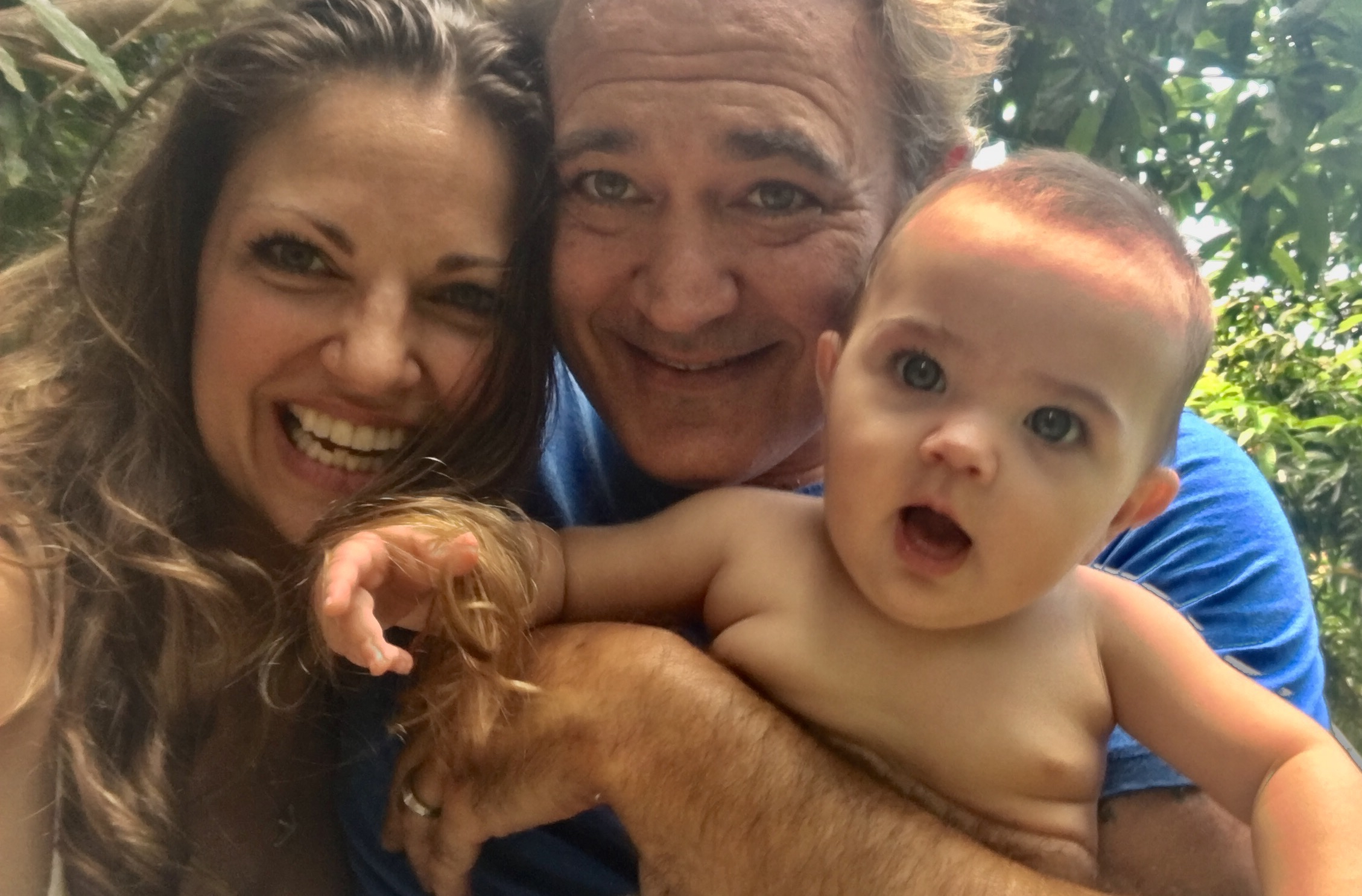 (Demian with his wife Beth and daughter Liliah Jael)

One of Demian’s technique developments is a hybrid of painting with abstract photography, a process he describes as "depth imaging". In reality, it is a highly complex, multistep process, created by the same impulses that produced his Ivy League Doctorate in veterinary medicine and surgery, a top-selling book, and the invention of a cancer therapeutic. Here, small images, intricately detailed and often no larger than an index card, are transferred into imposing and beautiful wall art.

Demian lives on the island of Maui with his family.